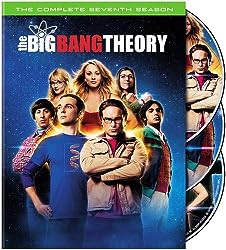 is my favorite TV show... I've been looking forward to the season premiere for weeks now.  I was rather surprised and displeased, however, when Penny made an inappropriate, uneducated, and misleading statement regarding a person wearing an insulin pump.


He asks how her previous job experience prepared her for this kind of work. She talks about when she was waitressing she was a very convincing salesperson because she got large customers who shouldn’t be eating cheesecake to eat cheesecake. One in particular even had an insulin pump. The interviewer says “I have an insulin pump.” And she responds with something like “You should stay away from cheesecake.”

I believe the term Penny actually used in the episode was "fatties", but I may be mistaken- I was a bit shocked at the whole conversation.

We know the all science on the show is real thanks to an on-set consultant. The algorithms and formulas the guys work with are all true to life.  Why, then, didn't anyone take two seconds to Google "insulin pump" and learn that wearing one is: 1.) nothing to joke about, and 2.) has nothing to do with being fat?

People wearing insulin pumps have enough trouble already explaining that it's not because they are fat, lazy, or not taking "proper" care of their diabetes.   My daughter certainly didn't ask to have her pancreas shut down at age five.   Insulin pumps are a wonderful, life-saving device... not a punch line.

Here's the message I sent to CBS:


I was very disappointed that my favorite show, The Big Bang Theory, treated an insulin pump as a punch line.  Being overweight has nothing to do with an insulin pump, which is typically worn by Type I Diabetics.  Type I means that the body does not produce any insulin, regardless of diet or exercise or the amount of cheesecake eaten.  If TBBT has a science consultant on set to assure the accuracy of the equations on Sheldon's white board, why couldn't someone have taken a few moments to Google insulin pumps and present something accurate?
Sincerely,
the mom of a Type I Diabetic child
who wears a life-saving insulin pump

could take this and make it a learning opportunity.  Maybe when Penny starts working at the pharmaceutical company she'll learn about insulin pumps and apologize for her earlier comments.... but I doubt if that will happen.

It was just one big disappointment.

The post contains affiliate links to Amazon.  If you purchase something via these links I may receive a few cents in profits.  All opinions expressed here are my own.

Email ThisBlogThis!Share to TwitterShare to FacebookShare to Pinterest
Labels: news and views, pump

Rosie is in the sixth grade now, and so far things have gone well with school this year.   Her teachers continue to let her test and treat in the classroom as needed, and she only goes to the clinic if a site comes out (she needs to call a parent for that) or she needs medicine for a headache (usually from being high and coming down quickly).

We stopped using the Enlite in late Spring.  The constant alarms and conflicting advice we got from the "help" line were just too frustrating.  Rosie was in tears several times about it.  We decided that it just wasn't worth it for us, so we've gone without a CGM for a couple of months now.  We're hoping to change back to a Dexcom system this Fall, if our insurance will allow it.

Otherwise, not much new in Rosie's d-world.  We're finding that the older she gets, the more diabetes is taking a back seat to her other activities-- and that's exactly how we want it.